Volunteer with CASA of Tarrant County No one WANTS to talk about child abuse, but it HAPPENS. I do not want to see another person believe they are worthless, that no one cares, or they cannot have goodness in their life because of what a perpetrator did to them.
View Her Business
View Her Profile
Meet July’s Woman of the Month!

Sarah Hopp is a driven and passionate woman who exudes love for local kids, especially those served at CASA of Tarrant County.

When Sarah feels she’s being called to do something, she can’t help but step up to the plate. The longtime Tarrant County resident and Texas Woman’s University alum was attending church with her brother’s family when she heard a presentation about CASA of Tarrant County, an organization that provides community volunteers to serve as court-appointed advocates for kids in Foster Care. Immediately moved by what she heard, Sarah sought out the CASA representative after the service and asked to learn more. Only a short time later, she was sitting in one of CASA’s volunteer information sessions. “I was already sold on the mission, though,” Sarah recalled, “so much so that I completed and submitted my application before I had even attended the session!”

CASA’s story began in 1977 when a Seattle family court judge who was frustrated by gaps in the child welfare system issued a call for community members to form a network of volunteer advocates for kids in Foster Care. By 1983, the movement had spread to Fort Worth, which was when community leaders joined together to form CASA of Tarrant County. Today, there are more than 400 active CASA volunteers—from all walks of life—who serve more than 1,000 children and teens in our community each year.

Sarah has always been drawn to kids. After becoming an aunt at a young age and regularly volunteering at Sunday School, she developed the mindset that children are our future so we need to care and nurture them – all of them. CASA fostered that notion but also brought forward a deeper reason for this mindset. Sarah’s connection to CASA’s cause was all too familiar. Years prior, Sarah’s mom was physically and sexually abused when she was young providing Sarah with the first-hand knowledge of the ripple effects those actions bring into adulthood. “It used to be taboo to talk about…No one WANTS to talk about child abuse, but it HAPPENS,” Sarah said, “ I do not want to see another person believe they are worthless, that no one cares, or they cannot have goodness in their life because of what a perpetrator did to them.”

Outside of her hero, her mother, another inspiration for Sarah is a quote by Frederick Douglass: ‘It is easier to build strong children than to repair broken men.” She explained that this quote hits the nail on the head when it comes to child abuse and the importance of CASA’s work in our community. “If we can start the healing process sooner, right at the root and time it happens, I believe people will be better equipped to navigate through life while also coping with the trauma they endured at a young age.” Sarah said.

Sarah’s excitement for serving and love of children perfectly describes her work in Fort Worth through CASA: compassion. “I thought I knew what compassion was until I became a CASA advocate,” Sarah said, “Some parents were raised the way they treat their children and do not know any better. We should take the time to be thoughtful and educate our community by showing compassion to everyone we deal with daily because I believe, this will make the world a better place.”

Sarah’s outlook on life shines in her description of Fort Worth. She talks about this city with such love, recalling child nostalgia and beaming at the memories she’s made in this city: “My favorite thing about Fort Worth is the memories I have as a kid. It was a “treat” to go to Fort Worth. We would have dinner at Byblos Mediterranean restaurant and then head to the water gardens or check out a play at Circle Theater. Fort Worth is like a hug that you get from someone you love; it’s warm, inviting and caring.” (*cue the sappy tears*)

Sarah, you are an inspiration to us and we thank you for the time you take to volunteer for the greater good! Hearts like yours are the ones that can change the world, starting with the tiniest souls.

Is Sarah inspiring you as well? Visit SpeakUpForAChild.org and sign up for a volunteer information session. Sarah is also available to chat with ANYONE who wants to learn about what it’s like to be an advocate. She posts quite a bit about CASA on her personal Facebook and Instagram accounts: @thehoppster, so give her a follow if you’re interested.

Although CASA volunteers complete extensive training, there are no special skills required to be an advocate—just a willingness to give your time and a heart to help Tarrant County’s most vulnerable kids. Tasks that CASAs complete each month include visiting children in care, attending court hearings, interacting with CPS caseworkers, and researching resources for foster care providers and other family members. Over 400 children are currently waiting on the critical voice of a CASA volunteer.

If you want to do more to help abused and neglected children—or you know someone who might make a great CASA—visit SpeakUpForAChild.org to sign up for a volunteer information session, make a donation, or learn more about CASA’s upcoming events. 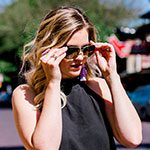 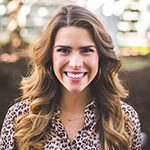