44th Mayor of the City of Fort Worth I always say I’m not a politician, I’m a public servant and as Fort Worth’s biggest cheerleader, I believe Fort Worth can be the healthiest, most active and engaged community in the nation. This is a city where your dreams can become a reality.
View Her Business
View Her Profile

Meet September’s Fort Worth Woman of the Month!

She’s giving, tenacious, active and kind. She’s always there for the good of the people, all while being a loving wife, mother and grandmother known as “Tootsie”. Mayor Betsy Price is the 44th Mayor of the City of Fort Worth and she is making her own mark on public service via active leadership.

Mayor Price was born and raised in Fort Worth, travelling to both Texas Tech and The University of Texas at Arlington for college. She then returned to Fort Worth, married her high school classmate, Tom, and the two in the past 40+ years have raised three children, welcomed five grandchildren, and have two dogs and one cat rescued from Fort Worth’s shelter. Most recently, Mayor Price and her family have adopted a longhorn named Sheriff Smitty, who recently retired from the Fort Worth Herd in the Stockyards, to live on the Price Family Ranch.

As a Fort Worth native, Mayor Price has been an active leader in the community for years, serving on numerous boards, commissions and professional associations. After running her own successful Title Company for 17 years, she decided to shift her focus to public service. From a young age, her mother and father instilled in her the importance of volunteering and giving back to the community. “I never dreamt I would ever be the Mayor of my own hometown,” Price said, “I always say I’m not a politician, I’m a public servant and as Fort Worth’s biggest cheerleader, I believe Fort Worth can be the healthiest, most active and engaged community in the nation. This is a city where your dreams can become a reality.” Mayor Price believes in rolling up her sleeves to help make the local dreams of others happen and considers her work alongside the city, “leadership through volunteerism.’”

Elected in 2000 to serve as Tarrant County’s Tax Assessor, Mayor Price transformed the Assessor’s Office into one of the most efficient in the State of Texas, saving taxpayers millions. She has focused her work on the basics of any growing city to ensure sustainability for future generations by promoting grassroots public engagement, supporting economic development and championing public education. As an avid cyclist, Mayor Price has also refined a talent for combining her civic engagement with an active lifestyle and approachable concepts such as her Rolling Town Hall. Her public engagement is not only real but is a true example of constant wheels in motion.

Given her passion for her Healthy Cities Initiative, including both the Blue Zones Project and FitWorth, Mayor Price has a focus on ending hunger in the Fort Worth area. “I have been involved with the Tarrant Area Food Bank for the past 25 years, dating back to my Junior League years to today as Mayor”, Price says, “We can’t thrive as a city without citizens that are healthy, active and engaged.” She talks about the times she would take her kids to volunteer at the Tarrant Area Food Bank saying, “It was a great opportunity to instill the value of volunteerism that my parents taught me and continue the tradition of giving back to our community.” “Mayor Price really personifies that community spirit,” said Stephen Raeside, TAFB’s Senior Director of Development. Given her vision, impact, and support to end hunger in our community, the Tarrant Area Food Bank will be honoring Mayor Price at their Bank on Women Breakfast on September 17th.

When describing our local community, Mayor Price says that Fort Worth is “a city of great character made up of even better characters. We have the small town, front porch feel with all the big city amenities.” Her favorite part about leading as Mayor is being out in the community with the incredible residents of our city. “In Fort Worth you’re only two phone calls away from getting the answer or help you need,” she says, “there’s a warm embrace you find here that you just don’t find in other cities this large.”

Fort Worth Business Press recently called Mayor Price “the velvet hammer”– a compassionate leader who is not afraid to roll up her sleeves and get the job done. This comes from her tough spirit– she’s a Fort Worth girl through and through. When asked what word describes her impact as a woman in business in Fort Worth, Mayor Price used the word maverick. A ‘Maverick’ can be described as a willfully independent, original, free-spirited trail blazer. Mayor Price has always been keen to make her difference by carefully combining both her heart and tenacity for the good of our city. Her leadership exemplifies a bold example for future generations of young females to use their individual skill set to make a difference, regardless of the original mold.

A champion for all and a friend to everyone. She fights for the good of our city; no matter your socioeconomic status or background. “She’s tough- and compassionate for our hungry Cowtown neighbors,” said Mr. Raeside. “Our mayor leads from the saddle.” Mayor Price, we can’t thank you enough for your continued service to our city and all the light you bring. Alongside my Co-Chairs, Becky Renfro Borbolla and Patty Williams, we look up to you and are honored to celebrate your vision of ending hunger in our city on September 17 at 8am for the First Annual Bank on Women event celebrating the heart and dedication of women in our city who support Tarrant Area Food Bank. To purchase your tickets to attend this impactful breakfast with us, click here. 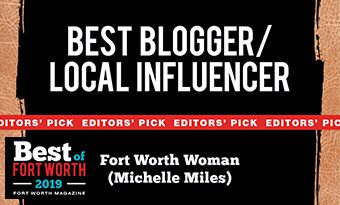